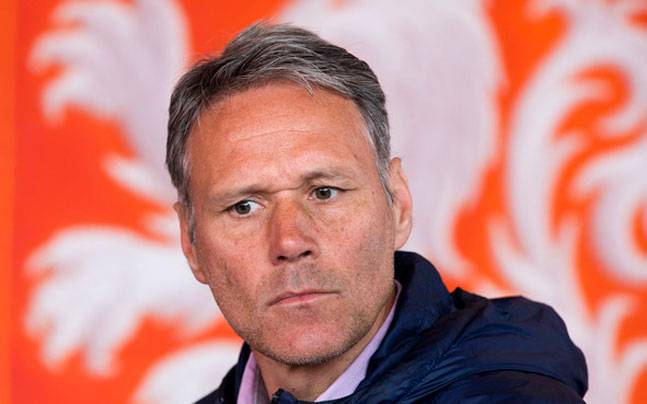 “It’s a great honour for me to be appointed for this assignment, the former AC Milan and Ajax player said. I’m very proud to have the opportunity to work in the home of FIFA, the home of world football. I hope to be able to give my contribution to ensure that football remains the number one sport in the world, Van Basten added. END_OF_DOCUMENT_TOKEN_TO_BE_REPLACED

AZ Alkmaar’s approach for the upcoming Europa League game against Vojvodinawill not change according to manager John van den Brom.

The Dutch team managed an excellent 3-0 win over the Serbian outfit in the first leg of the Europa League qualifying games. AZ Alkmaar are fighting to reach the Europa League since it will give the club a chance to progress of the divisions once again. Ultimately, reaching the Champions League will be the aim for the club but for now they are fighting in the Europa League. The comfortable victory in the first leg has almost assured them of a place in the next round, but van den Brom is not ready to take any chances.

The team comes on the back of good form after back-to-back victories in all competitions. It has served to put an end to the wobbly start to the season. AZ Alkmaar could only manage a draw and a defeat againstHeerenveen and PSV Eindhoven in the recent league encounters. As a result, the club are struggling to achieve a direction in the domestic competition. AZ Alkmaar have put together a run of wins in order to climb up the table, but the Europa League could be a distraction. Hence, it was suggested that AZ Alkmaar would rest players againstVojvodina.
END_OF_DOCUMENT_TOKEN_TO_BE_REPLACED

The player who is currently 22-years old is set to reinforce Tottenham’s attack that has been too reliant on Harry Kane last season. It is believed that the price will amount to around £17m. Vincent Janssen was a prolific player last season where he managed 22 goals in the Dutch league. Tottenham will be hoping that he could replicate the same form that he showed in Netherlands in the Premier League.

It is believed that Vincent Janssen had started discussions with Tottenham since last month as he was given permission by AZ Alkmaar to discuss with the Premier League. The striker already visited Tottenham training ground and met with Spurs manager Mauricio Pochettino. It is also reported that they have also agreed on terms, and it is only a matter of days that the deal will be made official.
END_OF_DOCUMENT_TOKEN_TO_BE_REPLACED

AZ Alkmaar’s Vincent Janssen is set to join Arsenal this summer, according to reports.

The Gunners have been on his radar for some time now and are keen for the Dutch international to join the club this summer. The player himself is interested in the move though he has remained coy about it. Following Holland’s 2-0 win over Austria, when asked, the 21-year-old answered Fox Sports saying:

“I want to make a step, that is clear. But there is no white smoke just now. England? We will see. Maybe something will happen in the holidays. I will take my phone with me anyway.”

Janssen scored an impressive 27 goals in just 34 Eredivisie appearances last season, increasing the number of clubs who want his services. Arsenal want the talented forward but are also strongly linked with a move for Leicester City’s forward Jamie Vardy. Coach Arsene Wenger might choose to move for more than one player in the position. The 29-year old Vardy is believed to be interested in remaining at the club, frustrating Wenger’s hope of landing the joint second highest goal scorer last season at the Emirates while adding a younger player in Janssen along with him.    END_OF_DOCUMENT_TOKEN_TO_BE_REPLACED

Az Alkmaar may pay the price of their good performance in the Dutch league with big European clubs getting interested in their players.

It is reported that Paris Saint-Germain have sent scouts to monitor Vincent Janssen. The 21-year old striker has scored 20 goals in 29 appearances so far this season. With Ibrahimovic leaving the PSG in the summer, the French club will be keen to boost their offensive sector by signing Janssen. 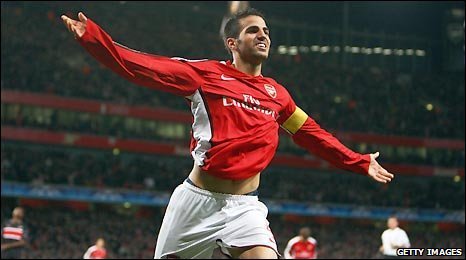 However, there are other clubs that might be interested in the player. It is believed that Manchester United and Everton are also interested in Vincent Janssen. Both clubs sent scouts to watch the player in a game against PSV Eindhoven.

Both clubs are reported to be looking for strikers in the summer with Manchester United looking for someone to help Martial. Indeed, van Gaal has stated that Marcus Rashford is not yet ready to play on a continuous basis for the Red Devils. Alternatively, Manchester United might go for Pierre-EmerickAubameyang in an attempt to boost their strike options. There is also news that Ibrahimovic might also be an option.

Everton, on the other hand, will have to prepare themselves in case Lukaku will want to leave the club. Lacazette is another option for Everton that they might consider during the summer. END_OF_DOCUMENT_TOKEN_TO_BE_REPLACED

Former Real Madrid and Tottenham midfielder Rafael van der Vaart has joined the Spanish club Real Beltis in the hope of rediscovering his form. At one stage, the Dutchman was seen as the finest playmaker and it led to a move to Tottenham.

After a few years in the Premier League, van der Vaart went on to dominate German football with Hamburg. He was seen as the key figure in the renaissance planned by Hamburg, but it never lasted a far more than a season. Due to severe budget cuts at the German club, van der Vaart did not have a future.

As a result, he has moved toBeltis on a three-year contract. This is likely to be his last major contract with a European team before winding his career at the likes of MLS outfits. The 32-year-old is believed to have taken a pay cut in order to make this deal possible. The sacrificed by the player has been praised by theBeltis president, who is reportedly aware that van der Vaart received several offers evens from his former club Ajax. However, van der Vaart would have been an ageing star at Ajax but now he has the opportunity to achieve something good atBeltis. END_OF_DOCUMENT_TOKEN_TO_BE_REPLACED