Dutch team AZ Alkmaar are eyeing a third consecutive win in all competitions ahead of their trip to face FC Groningen in league football this weekend. They have won their last two matches in all competitions since the 1-1 draw with FC Twente at home earlier this month. 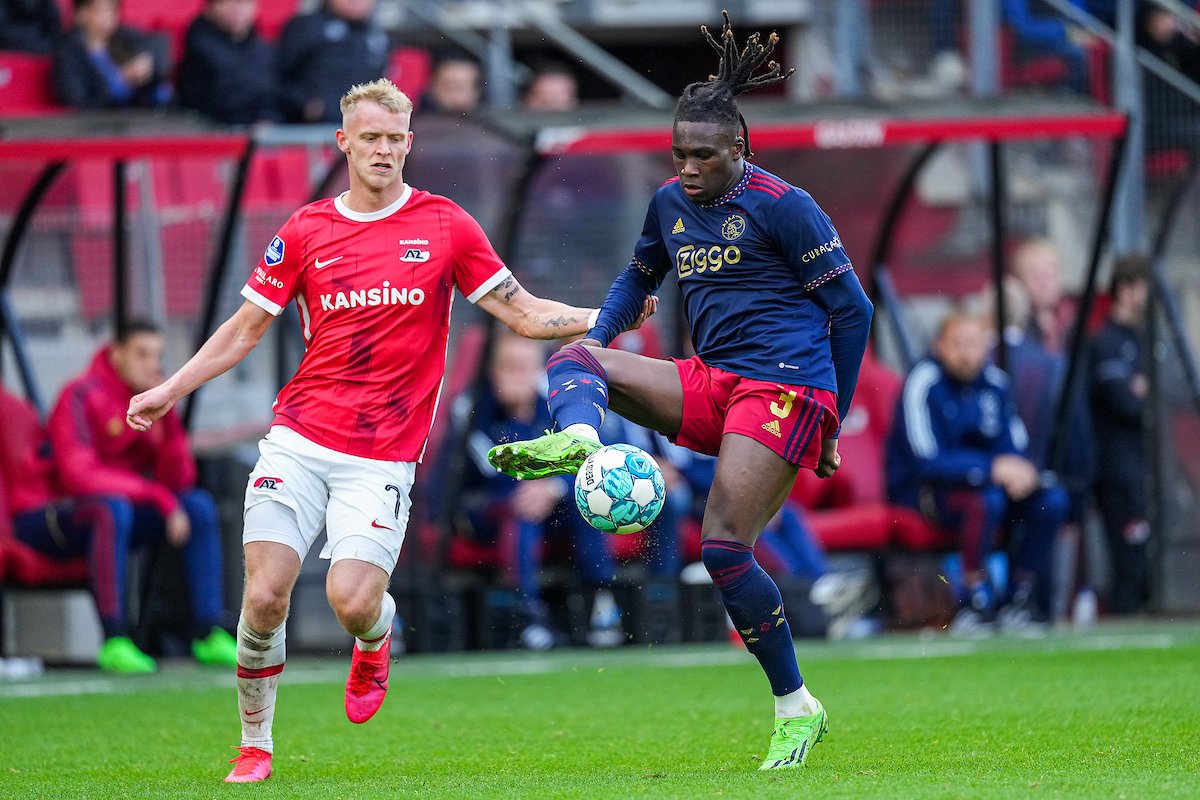 AZ Alkmaar returned to winning ways with the 4-1 win over 10-man Vaduz in the UEFA Europa Conference League on the back of the draw with Twente in the Dutch Eredivisie. END_OF_DOCUMENT_TOKEN_TO_BE_REPLACED 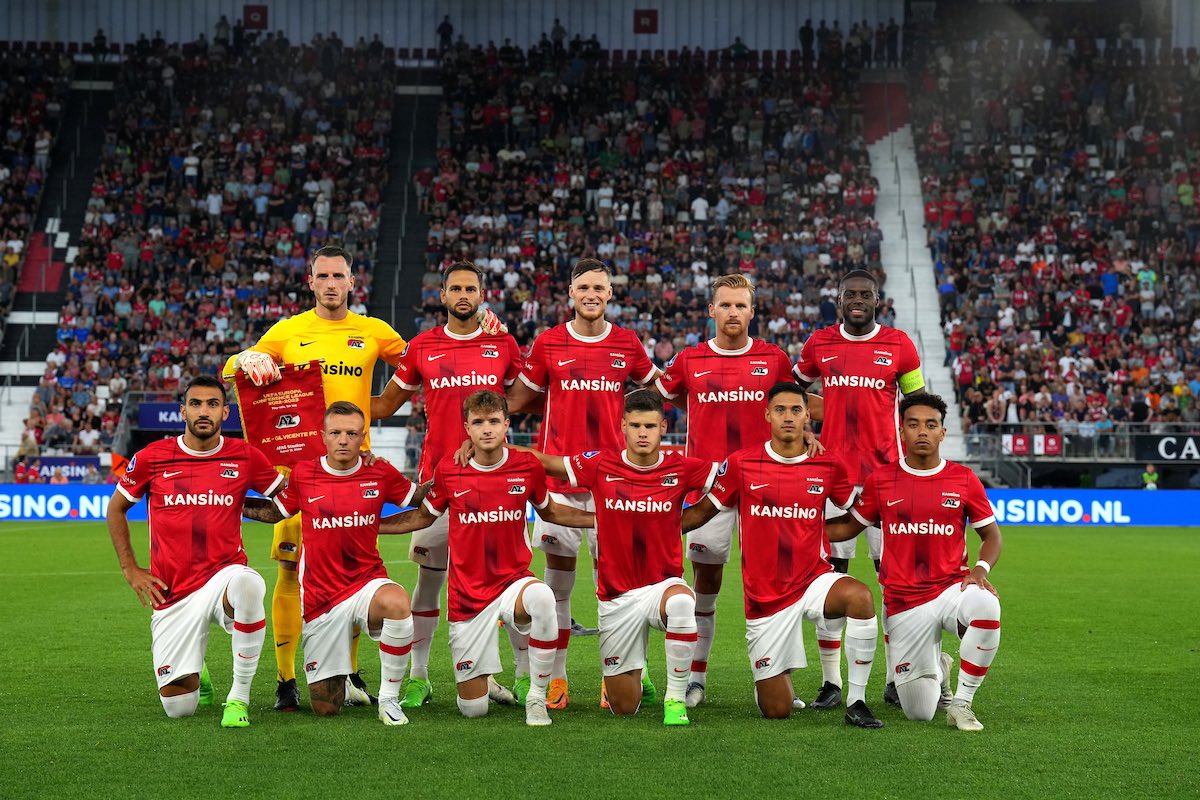 AZ Alkmaar have been drawn in Group E in the UEFA Europa Conference League group stage this season alongside Ukrainian side Dnipro,Apollon Limassol of Cyprus and Vaduz from the Swiss top flight. It must be pointed out that Vaduz are a club from Liechtenstein, but they play their trade in the Swiss Challenge League. END_OF_DOCUMENT_TOKEN_TO_BE_REPLACED

Dutch Eredivisie club AZ Alkmaar have boosted their attacker with the signing of Danish player Jens Odgaard. The attacking talent has made the decision to continue his professional football career in the Dutch top flight after spending the last two seasons in the division. Odgaard spent the last two years in the Dutch Eredivisie as a Sassuololoanee. He was at Heerenveen on loan from Sassuolo for the entire duration of the 2020/21 season. Odgaardwas also on loan at RKC Waalwijk for the whole of last season. 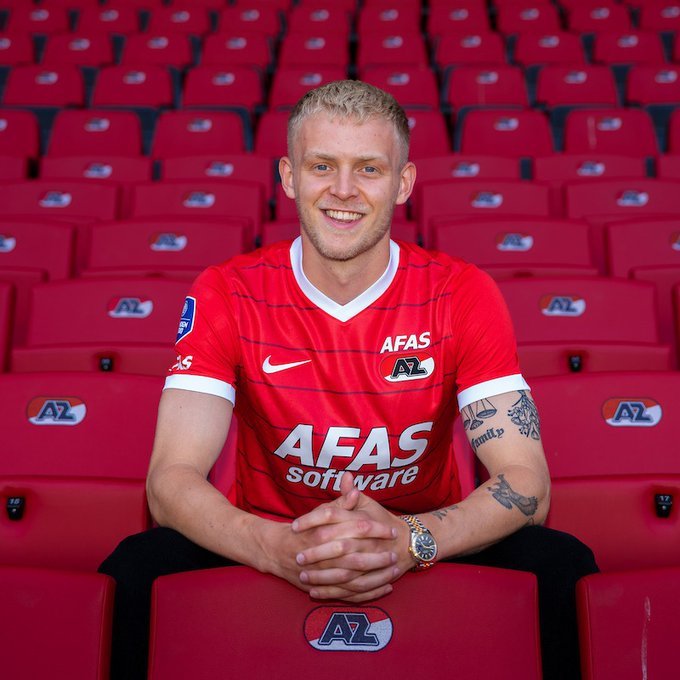 AZ Alkmaar were convinced that his long-term future is at the club on the back of impressive performances for Heerenveen and RKC Waalwijk over the course of the last two years. To this effect, AZ Alkmaar reached an agreement with Sassuolo to secure his signing from the Italian Serie A club last month and it didn’t take long for the transfer to go through officially.Odgaard put pen to paper on a five-year deal to become a new player at AZ Alkmaar after they reached an agreement for his transfer with Sassuolo for €4m. END_OF_DOCUMENT_TOKEN_TO_BE_REPLACED

Owen Wijndal is still reportedly one of Juventus’ targets for this summer’s transfer window and talks are ongoing with AZ Alkmaar. The 22-year-old Dutch left back had a great season with his childhood club, scoring one goal and providing 10 assists in 31 Eredivisie appearances. A product of their youth system, Wijndal signed a one-year contract extension with AZ Alkmaar earlier this year, tying him to the club until 2024. 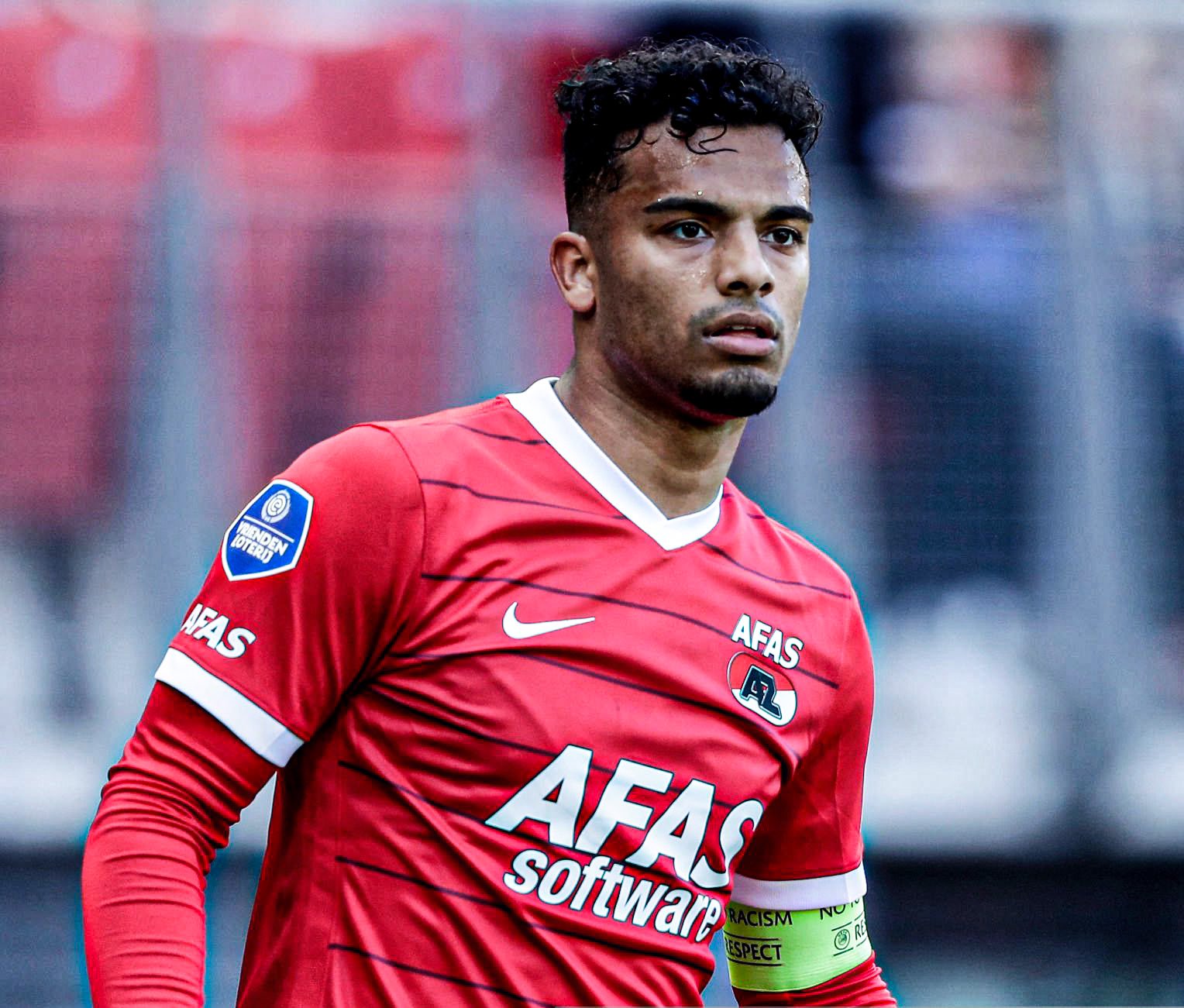 As reported by Calciomercato.com, Wijndal remains Juventus’ first choice to strengthen their left back role this summer. Talks have been ongoing with his entourage for over a year now and the Bianconeri seem to be his preferred destination. Juventus still need to reach an agreement with AZ Alkmaar, however. The Dutch side want around €15m for the 22-year-old, but the Old Lady don’t want to pay more than €10m, including add-ons. Talks are still ongoing, although the Bianconeri will also have to free up a little space in their squad first. END_OF_DOCUMENT_TOKEN_TO_BE_REPLACED

West Ham have reportedly entered the race to sign AZ Alkmaar defender Owen Wijndal, who is also a target for Juventus. According to Calciomercato, Owen Wijndal could be on the verge of leaving AZ Alkmaar at the end of the season. The 22-year-old Dutch full-back has been courted by Juventus ahead of the new season. But the Italian giants are not the only clubs interested, as West Ham have also recently expressed the desire to sign the talented defender. 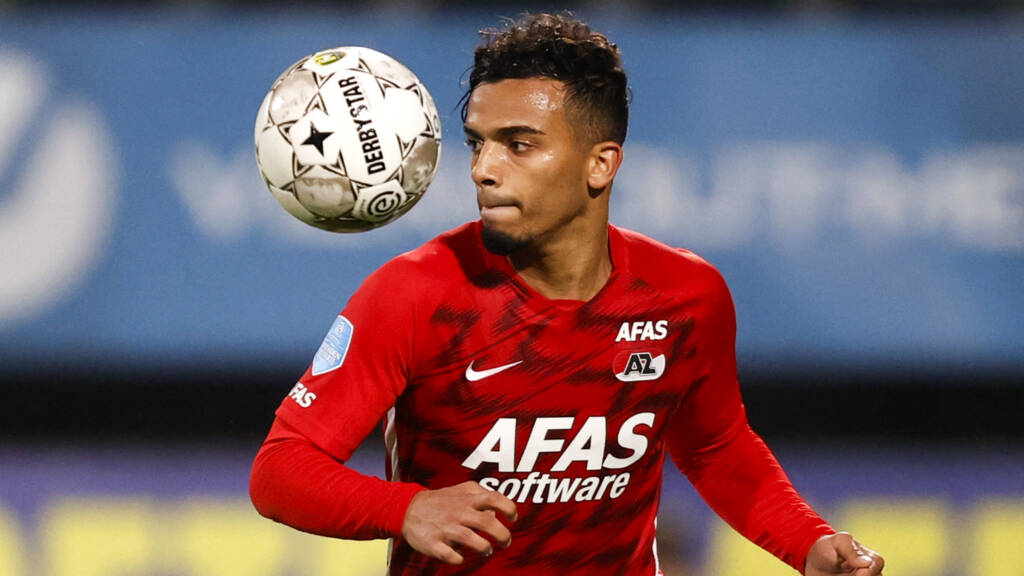 A product of Alkmaar’s own youth academy, Wijndal has enjoyed a rapid rise to prominence over the last couple of seasons. He made his breakthrough during the 2019/20 campaign, making an impression with his pace and athleticism on the flanks. END_OF_DOCUMENT_TOKEN_TO_BE_REPLACED

PEC Zwolle have climbed out of the relegation zone after a 2-1 win over AZ Alkmaar on Sunday evening. PEC Zwolle went into the game on a three-game losing streak, while AZ Alkmaar were hoping to keep up their battle for third spot. The first half was a poor affair with Gervane Kastaneer having the only real chance of note but the PEC Zwolle attacker hit a shot into the side netting. 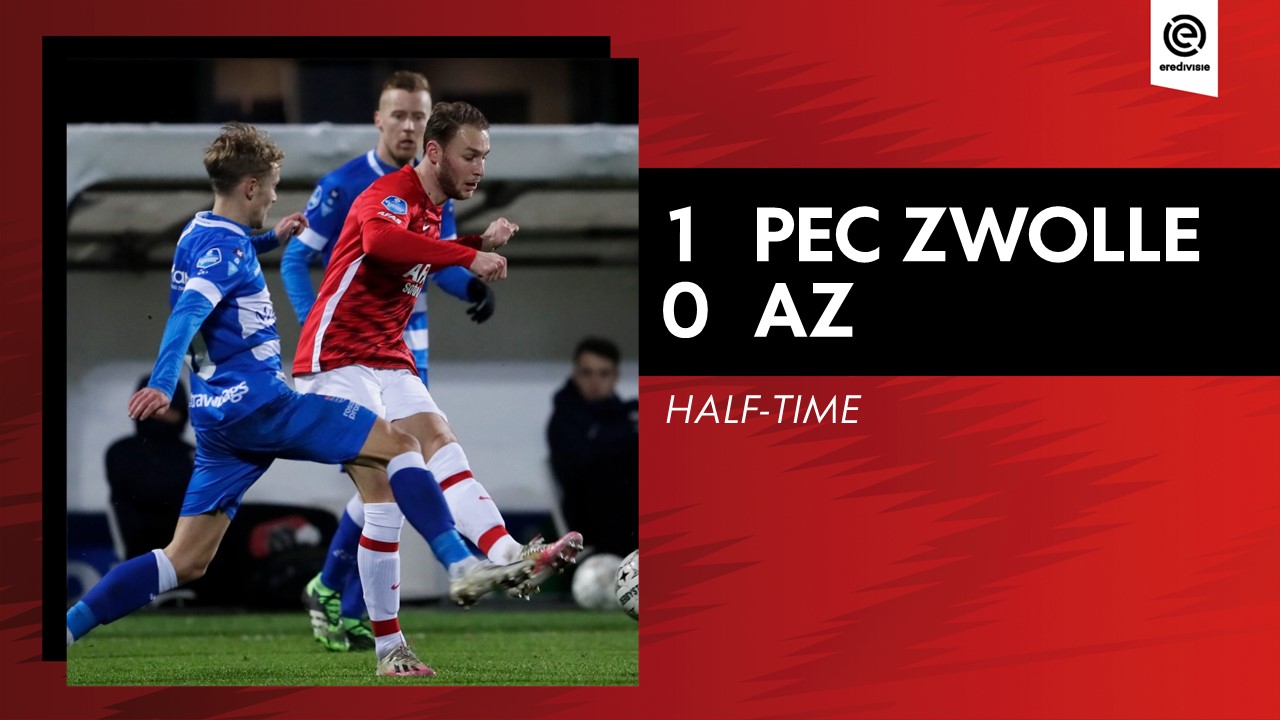 Six minutes into the second half, PEC Zwolle did have the lead with Kastaneer heading in a Djavan Anderson cross to register his first goal for the club. Jesper Karlsson and Jordy Clasie had decent chances to equalise for AZ Alkmaar before Vangelis Pavlidis did make it 1-1 in the 81st minute. The striker found the bottom corner with a low strike. END_OF_DOCUMENT_TOKEN_TO_BE_REPLACED