AZ Alkmaar have extended their winning run to four games in all competitions after the big victory over FC Utrecht in the Dutch Eredivisie on Sunday. AZ Alkmaar thrashed FC Utrecht 5-1 at home in the Dutch top flight thereby making it four wins in a row. 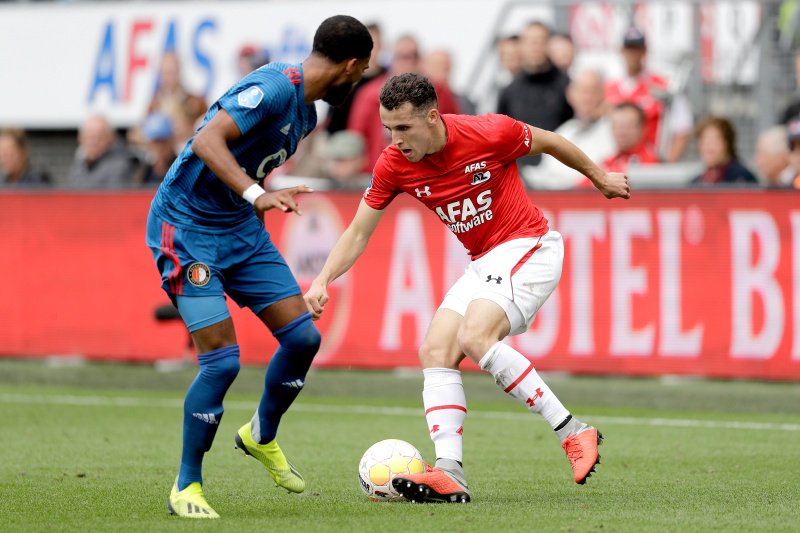 FC Utrecht were second best throughout the game and it reflected in the scoreline as AZ Alkmaar continue to climb the Dutch Eredivisie table after a poor start to the season. Alkmaar have now won their last three games in the league with the emphatic success recorded at the expense of FC Utrecht.

Greek striker Vangelis Pavlidis got the ball rolling for hosts AZ Alkmaar. His early goal set Alkmaar on the way to a big win over FC Utrecht. Pavlidis started the game as the lone striker upfront but he didn’t waste time in making his mark as it took him just six minutes to register the first goal of the game.

Swedish forward Jesper Karlsson doubled the lead AZ Alkmaar six minutes after the opening goal of the Dutch Eredivisie match. Within six minutes, FC Utrecht were left with much to do and they never recovered from the two goals conceded. Dani De Wit was pulling the strings for AZ Alkmaar in the middle of the park and he was responsible for two goals.

De Wit scored the first of his brace with six minutes left in the first half. His goal gave AZ a 3-0 scoreline at the half-time break. De Wit completed his brace on 56 minutes to edge his team 4-0 ahead before Icelandic player Albert Gudmundsson added a fifth goal from the spot four minutes from time. FC Utrecht substitute Quinten Timber scored a consolation goal for the visitors on the stroke of full-time. AZ Alkmaar are up to ninth place on the league table with the win.